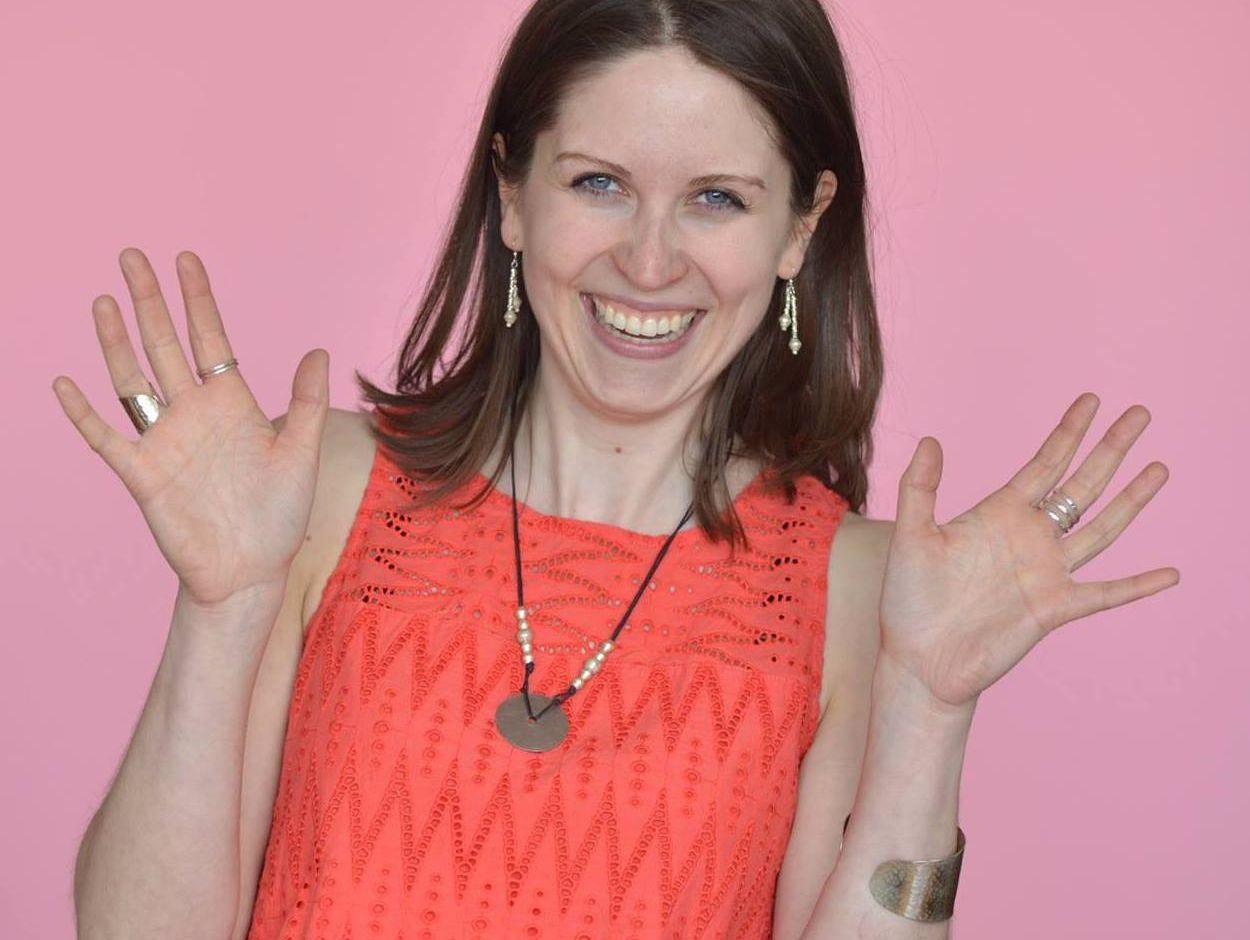 Fair Anita is a social enterprise that exists to create opportunities for women and girls, selling trendy (and affordable!) fair trade products made by over 8,000 talented yet marginalized women in 9 countries. In other words, they are women investing in other women. And, boy, do we love what they do, which is why we carry so many of their amazing jewelry pieces and accessories!

We caught up with Anna Bottila, Fair Anita Operations Manager, to hear more about the amazing work Fair Anita is doing and what keeps this social entrepreneur busy.

Tell Us A Bit About Fair Anita: 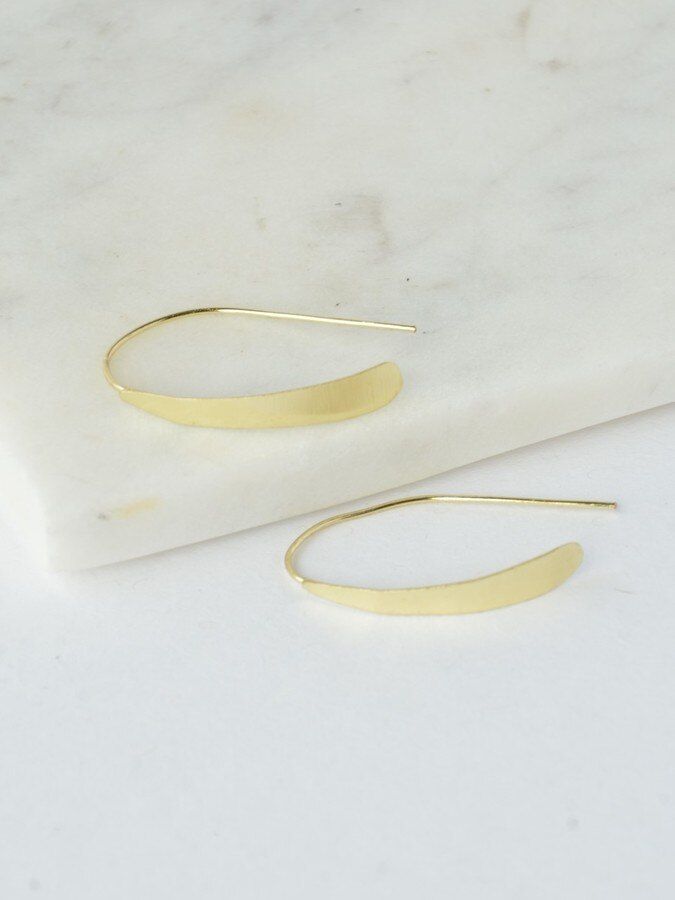 Fair Anita is a social enterprise and our mission is women investing in other women. We’ve been in business for four years and became members of the Fair Trade Federation in 2017. We work with about 8,000 women in nine countries around the world. We design jewelry, clothing and accessories that are then made by our artisans. We believe that when you give a woman a job she lifts up not only herself, but her family and entire community.

There’s research from the United Nations that shows in developing countries, women reinvest 80-90 cents of every dollar back into their community whereas with men it’s typically 30-40 cents.

So giving women fair trade jobs is perhaps the best way to alleviate poverty in some of the most marginalized communities!

Tell Us A Bit About You:

I’ve been with Fair Anita since the beginning. My best friend Joy started the company and early on I volunteered at popup markets and helped tag products. About a year into the business, Joy moved to Chile to work with artisans and needed an operations manager to help run the business from Minnesota. That person was me! It started out as just 5-10 hours a week, but quickly grew into a full-time job within six months. I had been helping run a fair trade shop, so I already had a background in fair trade. It’s been my dream job and I feel really fortunate to be able to do the work I do! 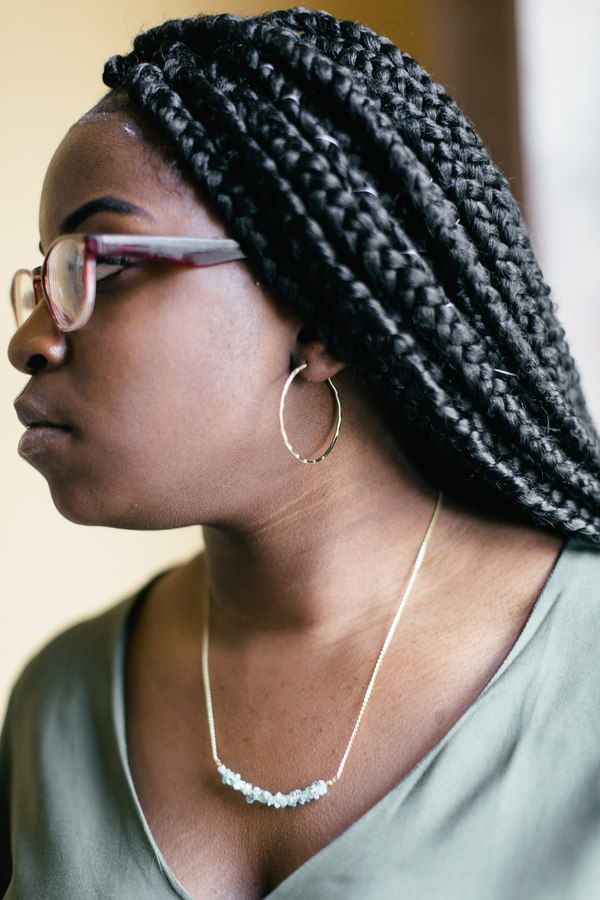 How Did Fair Anita Come To Be?

Joy started Fair Anita when she was just 24 years old, which is pretty remarkable. She studied nonprofit management and entrepreneurship in college and is really savvy when it comes to business. Joy is a survivor of sexual violence and has an incredible story - she gave a TEDx talk titled How Women Rise and talks more about her experiences. As she was researching violence against women she found that economic disparities were the number one reason why women choose to stay in abusive relationships. 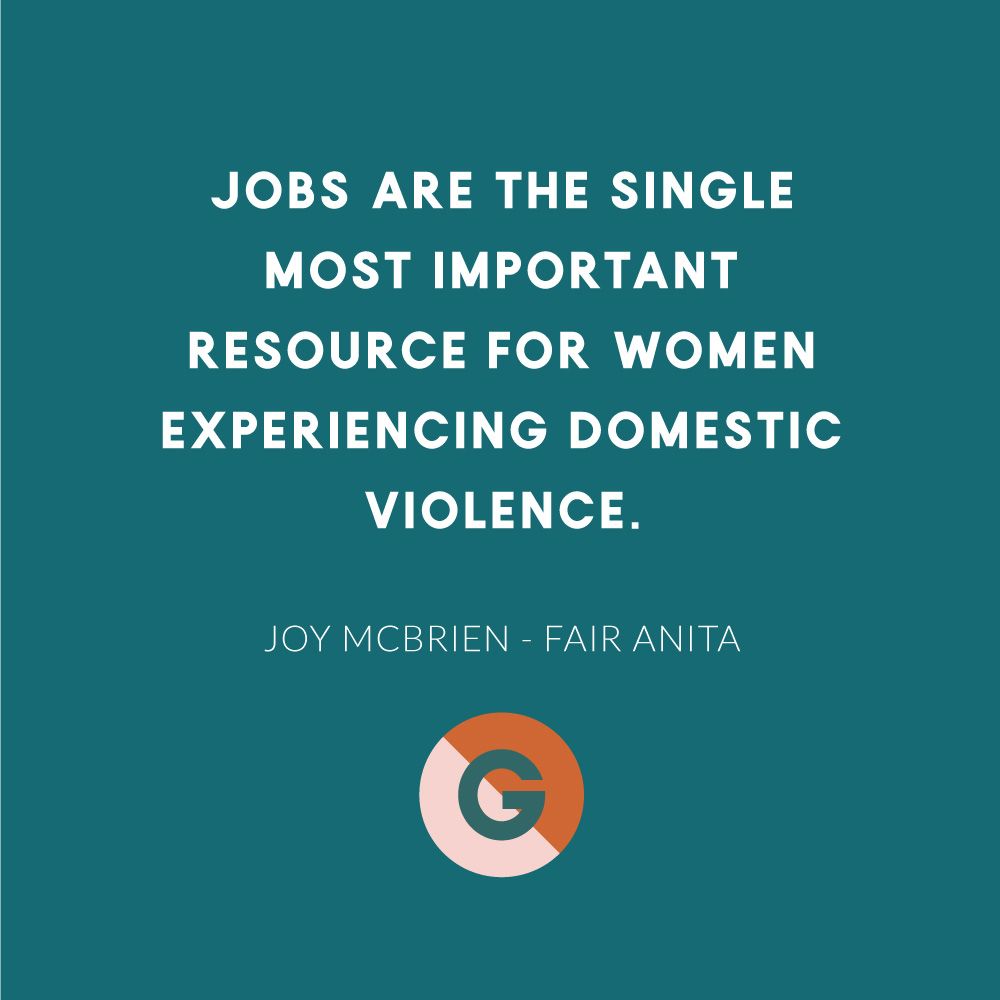 Joy traveled to Peru, which has the highest reported rates of violence against women,  and there she met Anita, our namesake. Anita is a social worker in Chimbote who is all about empowering women. Joy worked alongside Anita and noticed that women would buy hay at the market, spend all week braiding it, and then sell it at the market for not much money.

The first iteration of Fair Anita involved trying to  figure out what to make with this braided hay.

As she began traveling more - Joy’s been to nearly 30 countries! - she found that everywhere she went she encountered women who asked if she would buy their products to sell in the US. Joy had a lightbulb moment when she realized that there was a gap in the market. At the time, a lot of fair trade products were either really expensive or not being designed for a mainstream market. She had the idea of partnering with these talented women on the design, which allows us to sell more products and provide more fair trade jobs to women.

We’re a lean company - just the two of us full-time at the moment and a handful of amazing part-time staff and volunteers - so that allows us to keep our overhead low. 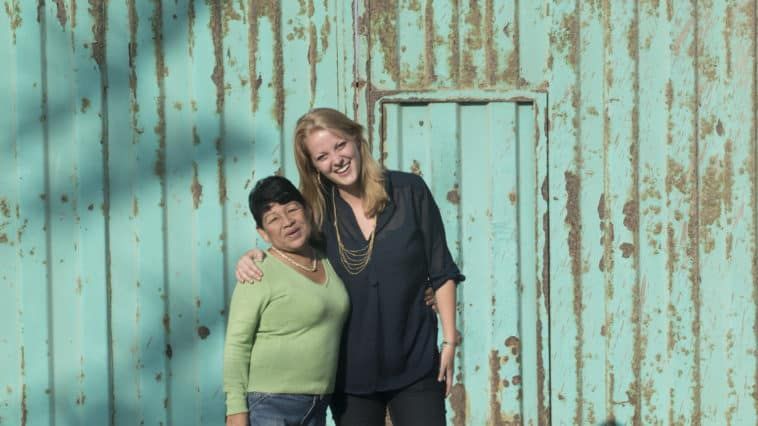 Fair Anita Founder and CEO Joy McBrien and Anita, the namesake of the company.

Tell Us A Bit More About the Artisans You work With:

Oh my goodness, visiting artisans is one of my favorite parts of my job! This past June, our founder Joy and I went to Ethiopia. We’ve been dreaming of visiting our artisans there for years, but it’s expensive to travel there and the country itself is fairly expensive. But we saved and finally made it happen. We work with a group of women who have HIV/AIDs and fistula. The stigma of those conditions makes it impossible for people to find work.

In Ethiopia there is a lot of misinformation about how different diseases are spread, so people are especially paranoid about coming into contact with anyone with AIDs. Our artisans are talented, strong women who’ve had to overcome insurmountable challenges. One artisan we met has five children. Her husband passed away from AIDs, so she’s raising them on her own as a single parent. It gives me goosebumps to hear their stories. She’s able to earn enough income to house and  feed her kids and send them to school so hopefully they’ll have opportunities to thrive.

What's Most Important To You When You're Working withe the Artisans?

Patience and flexibility! Sometimes our designs don’t turn out how we envisioned them and because we’re a fair trade organization, we sell them anyway. Sometimes, our shipments are delayed due to environmental disasters that are becoming more and more common and we have to call all our customers to let them know that their orders are going to be late. Ultimately, we have to be flexible otherwise we’d got nuts.

Is there anything that an artisan has said to you that continues to sit with you?

When I went to India I met an artisan named Sofia. This woman is my hero. She grew up in a conservative Muslim family. As a young woman, her father developed a health condition that made it impossible to work. Sofia is the oldest of five sisters. She decided to find a job to support her family despite her parents discouragement.

Sofia started working for an artisan cooperative and was able to send her four younger sisters to school. As she was telling this story of how proud she made her parents, her face was beaming. She ended her story by saying, “Now, I even wear pants.”

In India it’s not common for women to wear pants. It’s a sign of independence and rebelling against an archaic patriarchal system. So that’s what’s always resonated with me because I take the ability to wear pants for granted!

How Many Countries Have You Visited?

I’ve only been to eight countries so far - Mexico, Nicaragua, Colombia, Peru, Chile, England, Ethiopia, and India - but I have tons more on my list that I want to visit! We’re going to visit artisans in Cambodia and Vietnam and Peru in the next year. I’m hoping to visit Fair Anita artisans in Egypt and South Africa  in the next couple years.

Note: Since doing this interview, Anna and others from Fair Anita traveled to Cambodia, Vietnam and Peru. Read about their visit to Cambodia here.

There’s research from the United Nations that shows in developing countries, women reinvest 80-90 cents of every dollar back into their community whereas with men it’s typically 30-40 cents.

Any good travel tips for those looking for more adventurous travel?

If you’re traveling to areas that are less developed, make sure to visit the travel doctor to get up to date on all your shots. I always bring antibiotics with me just in case I eat something that doesn’t agree with me. I’m working  on packing less because one, carrying a lot of luggage is a drag and two, I always buy lots of things to bring back with me as gifts.

And, finally, what advice would you give someone wanting to make better buying decisions?

Ask questions, make a personal connection with the company and the makers behind each product.   Become involved!  Small companies love hearing from you, we do! [Editor's Note: We really do! Reach out!]

We want to know what you like, why you like it, and what you want - how can we make better product for you to better serve our artisans and all together have a greater impact on this planet!

Fair Anita was founded from the lessons founder Joy McBrien learned in Chimbote, Peru and to this day their work remains grounded in supporting women’s resilience through responsive business relationships. 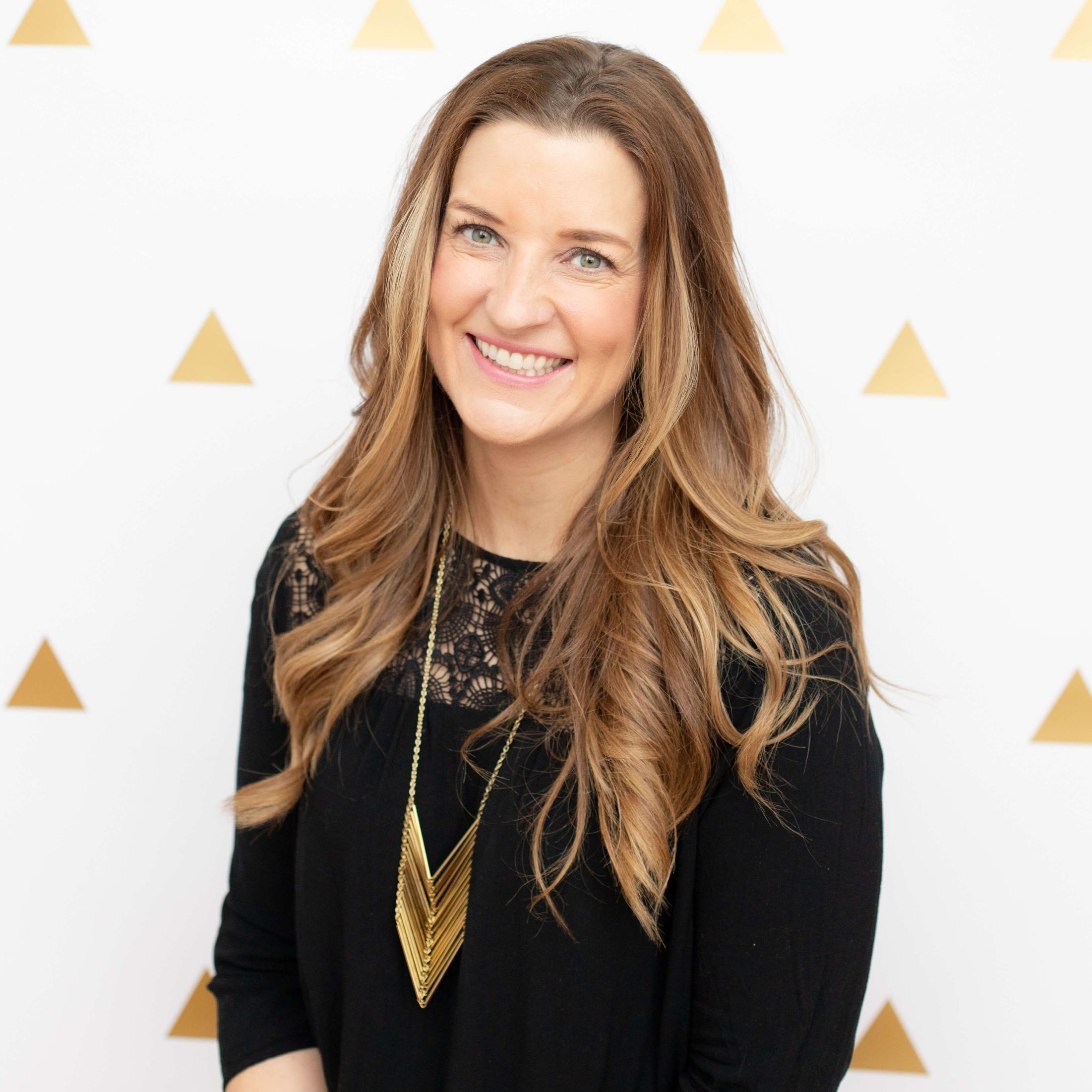 Three Words to Guide 2019 I enjoy the new year and all that it brings. I’m a sucker for the ...
Read More